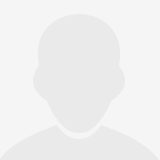 When a tenant takes a lease, one of the things that they are almost invariably required to agree not to do is part with possession of the let premises without the written agreement of the landlord.

However, the commercial reality is that there are many circumstances in which the tenant of commercial premises might allow another person or business to share or use part of the let premises for their own purposes.

When another person is permitted to use the tenant’s premises, the question arises as to at what point that can be described as parting with possession in contravention of the lease covenant.

A recent High Court case dealt with this issue. It involved a company that leased land which it allowed Ford to use for the storage of vehicles prior to their despatch to dealers. Ford wished to take the storage of the vehicles ‘in house’, so it relied on an agreement made with the tenant some years ago that it could occupy the site under licence or call for an underlease.

Regrettably, for Ford, the landlord refused to agree to an underlease and sought possession of the property on the ground that the tenant had parted with possession of it in violation of the covenant in the lease.

The Court found that whilst Ford did exercise day-to-day control over the business activities on the site, the tenant had not parted with possession of it. To have done so, Ford would have needed to have completely excluded the tenant from the property.

Occupation and possession are not the same things in law and whilst Ford clearly occupied the premises, it could not be said to have taken possession of them in the sense that its control was total and exclusive.

For advice on all aspects of commercial property law, contact Joy Plummer