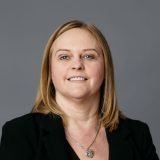 Dementia is a growing condition and statistics are predicting that 1 in 3 people born in the UK this year will develop dementia in their lifetime. Currently, there are 850,000 people in the UK today who are living with dementia, and it is likely to increase to over one million by 2025. 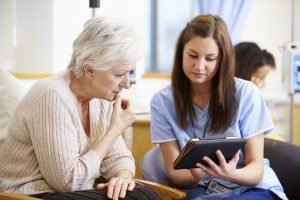 Since the growth of dementia and the need for others to make decisions on behalf of other people; there has been a growing issue with disputes. Arguments can include how finances are being administered by the attorneys or perhaps decision making around where a person is to be cared for or where they live.

It is quite evident that family dynamics have changed in the last 40 years, with split family situations, family members living much further away or perhaps abroad. It is leaving others more local to support the individual and who will probably take control of the day to day arrangements. This can cause concern for the person living away, due to perhaps them feeling excluded or just not really understanding what is going on and this can give rise to conflict.

If you create a Lasting Power of Attorney either financial or health and welfare, then consideration should be given as to whether that person would act with integrity and honesty. Unfortunately, there is evidence which is growing that this is not always the case. There has been an increase year on year of reports to The Office of the Public Guardian (OPG), who oversee the supervision and registration of powers of attorney, around potential allegations of abuse of attorney powers.

Karon Walton Head of Court of Protection says “There is no doubt that there is an increase of reports of financial abuse, certainly within the last few years. While the majority of them are most certainly without any foundation, there are however cases where it is clear abuse has occurred”.

In circumstances where there has been abuse, then the OPG will seek to remove the attorney and look to the Court of Protection to appoint a deputy to take over, which could be a professional deputy such as a solicitor.

What happens when a power of attorney hasn’t been made?

In such circumstances where a power of attorney hasn’t been made and where capacity is lost, then someone will need to be appointed by The Court of Protection to act for you as a deputy. This is made by way of an application by an applicant, usually a family member to the court to be made a deputy.

Karon says “I have also seen a growth in applications being made where other family members have objected to the proposed deputy, due to family conflict.”

It is crucial to carefully consider who should be making an application and who should be the most appropriate person. Early recognition of potential conflict can stop a lot of hurt and damage to families if this step is undertaken at the very beginning and undoubtedly legal advice can help to guide families in the right direction.

Karon says “some of the most difficult cases I have had, are where a case has gone to court, and the parties have not taken any legal advice. They can at times get themselves into a bit of a mess. Not only can it delay matters and bring more upset and argument into proceedings but certainly it will not find favour with the Judge who is determining the case.”

If you have any contentious disputes around powers of attorney or court of protection, then seek early legal advice from a specialised Court of Protection lawyer who can assist in bringing the matter to resolution.