The government recently announced that a new Statutory Code of Practice will be introduced with the aim of clamping down on controversial ‘fire and rehire’ tactics used by some employers.

What is ‘fire and rehire’ and when can it be used by employers? 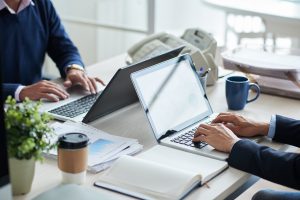 ‘Fire and rehire’ which is also known as ‘dismissal and re-engagement’ is not a new practice and although it is legally allowed in the UK, it does carry a high risk of legal claims, reputational damage and wider commercial repercussions if not managed or implemented correctly.

A new Statutory Code of Practice

The new Code will include practical steps that employers should follow and will detail how businesses must hold fair, transparent and meaningful consultations on proposed changes to employment terms.

Guidance for employers considering making changes to employment contracts was published by ACAS in 2021, making clear that ‘fire and rehire’ should be an option of last resort and that employers should first have made all reasonable attempts to reach agreement through full consultation. However, the government is now going further, by developing a new Statutory Code of Practice, which will clarify and give some legal force to government expectations that employers should behave fairly and reasonably when seeking to change employees’ terms and conditions.

Greater powers for courts for failure to comply with new code

The proposed new Code of Practice comes after P&O Ferries dismissed 800 workers without consultation, with the government stating they recognise the need for greater clarity for employers when dismissing employees and changing employment terms.

A court or Employment Tribunal will take the Code into account when considering relevant cases, including unfair dismissal. The courts will have the power to apply an uplift of up to 25% of an employee’s compensation if an employer unreasonably fails to comply with the Code where it applies.

What are the options for employers seeking to vary employment terms?

When faced with difficulties, employers are advised to first look to bring about a mutual agreement to change contracts through effective communication, explanation, and consultation with employees. ‘Fire and rehire’ should only ever be considered as an absolute last resort if changes to employment contracts are critical and voluntary agreement is not possible. Employers have the option to change the contractual terms and conditions of their employees in one of three ways: Varying the contract of employment with consent; Variations permitted within existing contractual terms; Unilateral variation of contract without consent. An experienced employment law solicitor can offer advice about the correct procedures and risks each option carries.

When will the Code be introduced?

Full details of the Code, including when it will be published, are awaited, and employers considering making changes to employment contracts or dismissing employees should seek advice from an employment law solicitor to ensure correct processes are followed.