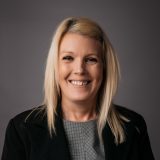 Currently, in England and Wales, a person can enter into marriage at the age of 18, however between the ages of 16 and 17 they can be legally married if they have parental or judicial consent. This has long been an area of concern for campaign groups, with many warning that this rule could be used to exploit and coerce young people into a marriage.

The Marriage and Civil Partnership (Minimum Age) Act 2022 sets to increase the minimum age of marriage in England and Wales from 16 years to 18 years after receiving royal assent on the 28th of April this year. Royal Assent can be defined as when a Parliamentary Bill becomes a formal Act of Parliament, and the law has been approved to come into effect in the near future.

The Act aims to ensure that young people have more protection against coercive, forced or abusive child marriage and will prevent anyone under the age of 18 being legally married in England and Wales. It also makes it an offence for a person to cause a child under the age of 18 to enter into a religious or civil ceremony of marriage before the child’s 18th birthday, even if this marriage would not be legally binding.  Those who facilitate a marriage of someone under the age of 18, could face a fine as well as up to 7 years in prison.

The Marriage and Civil Partnership (Minimum Age) Act 2022 is not retrospective and so will only apply to those marriages and civil partnerships entered into once the legislation comes into force and will not affect the validity of marriages or civil partnerships prior to this date.

If anyone younger is married in another country, this marriage or civil partnership will not be recognised as a legalised marriage in England and Wales, and they may still be prosecuted upon their return to the UK. It is important to note that the implementation of the Act will not affect the recognition of marriages which happened prior to the passing of the legislation.

Despite the Act being passed, there are still regulations that need to be made in order to bring the Act into effect. There is currently no information on the likely timescale of the regulations being laid before parliament and thus no timescale on when the law will come into effect.

Working in a heatwave

What are the legal rights to time off work for bereavement?