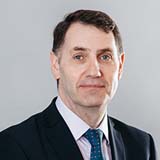 Previously, non-fatal strangulation and non-fatal suffocation cases were only prosecuted as assault by beating carrying a maximum sentence of six months imprisonment. Often with few visible signs, a case like this would be treated as a minor matter, forgetting the long term affects which can include neurological problems, memory loss and heightened risk of stroke.

However, now with this new legislation, non-fatal strangulation and suffocation cases are punishable by up to five years imprisonment in England and Wales and legal guidance says that whilst victims may often be left with little or no physical marks, this is not a reason to detract from the seriousness of the offence.

The new legislation sets out the legal definition that a person commits an offence of non-fatal strangulation if they intentionally strangle another person, and non-fatal suffocation where a person does any other act that affects someone’s ability to breath, constitutes battery. The introduction of this legislation means that the UK has caught up with the US, Australia and New Zealand.

There are, however, concerns that the new law, whilst well received, may not be enough. It is argued that without training on how to spot non-fatal strangulation’s for police and healthcare workers, perpetrators will continue to get away with their abuse and people will continue to die at their hands.