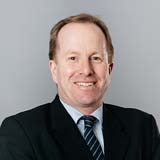 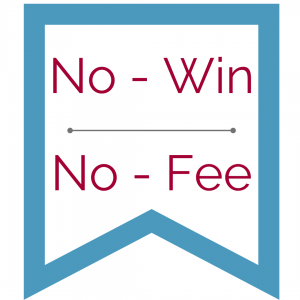 ‘1975 Act’ claim by a court, in a radical new reading of the Legal Aid, Sentencing and Punishment of Offenders Act 2012.

What is a “No-win, No-fee” or Conditional Fee Agreement?

Conditional fee agreements (CFAs) are widely used in litigation and are commonly referred to as “no-win, no-fee” agreements.  CFAs were introduced to ensure potential claimants who would otherwise be unable to afford to take a matter to court, which would violate a fundamental principle of English law, giving everyone access to justice, can do so without the risk of being charged solicitors fees if their claim is not successful.

CFAs ensure that claimants can bring a claim with relative financial security, as legal costs are only paid if the case is successful, up to a contractually agreed rate. Solicitors working on this basis do not earn a fee if the claim is unsuccessful, so to compensate the solicitor for the risk, success fees enable the solicitor to recover fees for cases that they win. A success fee is a percentage uplift on the solicitor’s basic fees which would be payable if no CFA was in place, and the maximum uplift is 100%.

Hirachand v Hirachand – Including success fees in an award

The recent Court of Appeal judgment in the case of Hirachand v Hirachand assessed whether it was wrong for the judge to have included 25% of the value of the success fee (£16,750) as a contribution to the claimant’s liability to pay a CFA success fee to her solicitors when determining the lump sum award payable to the claimant.

Following the death of her father (Navinchandra Hirachand) in 2016, his daughter Sheila Hirachand, brought a claim under the Inheritance (Provision for Family and Dependants) Act 1975 for provision from the will, having not been reasonably provided for in his legacy as specified by the legislation. The 1975 Act gives certain categories of people; such as spouses, ex-spouses (who have not remarried), cohabitees, children, people treated as children and dependants, the ability to claim against a deceased person’s estate on the basis that the deceased did not make reasonable financial provision for them.

Sheila had been estranged from her parents and had not received financial support from them since around 2011. The judge noted that Sheila had longstanding mental health issues and had not been in employment for several years. The claim was not defended by the sole beneficiary of the estate, the deceased’s wife of many years Nalini Hirachand.

At trial, Shelia was awarded a lump sum from the estate as the trial judge was satisfied that the disposition of Navinchandra’s estate failed to make reasonable financial provision for Sheila’s maintenance.

The Legal Aid, Sentencing and Punishment of Offenders Act 2012 and 58A(6) Courts and Legal Services Act 1990 specify that a costs order may not include provision for the CFA success fee, which is not deemed recoverable debt. Recent case law concurs; the judge in Re Clarke [2019] EWHC 1193 rejected a claim for a success fee, although partial costs from a CFA were awarded as an overall award in Bullock v Denton [2020].

However, in the case of Hirachand v Hirachand it was ruled that the claimant should be awarded the value of 25% of the success fee (£16,750) on top of proportionate provision from the estate. The judge exercised discretion to award part of the CFA success fee based on the financial need of the claimant as part of the overall award of costs. The Judge made a costs order requiring Nalini to pay Sheila’s basic costs of the claim.

However, Nalini appealed the decision.

The Court of Appeal found that the judge was right to include the CFA success fee within the evaluation of the claimant’s financial needs and deemed it a recoverable debt by the court. It was recognised that the judge’s definition of ‘financial needs’ is unqualified and can include success fees to the necessary extent that reasonable provision from the estate is made under the Inheritance (Provision for Family and Dependants) Act 1975.

The decision, in this case, may encourage more claimants to seek to fund Inheritance Act claims using CFAs on the understanding that provision for the success fee could be included in an award from the estate.

However Judicial discretion will be used to award such costs and the Court of Appeal cautioned that it is unlikely that an award will provide for any part of the success fee ‘unless the judge is satisfied that the only way in which the claimant had been able to litigate was by entering into a CFA arrangement’.

It also cannot be assumed that the whole value of the fee will be awarded; in the case of Hirachand v Hirachand, only 25% of the fee was included. The Court of Appeal clarified that CFA success fees are not recoverable under a costs order, only as part of reasonable provision after evaluation of the claimant’s financial needs.

It has been established that for non-spousal claims, provision must be no more than necessary for the maintenance of the recipient: “What is proper maintenance must in all cases depend upon all the facts and circumstances of the particular case being considered at the time.”- Re Coventry [1980] 1 Ch 461, though maintenance “must import provision to meet the everyday expenses of living”- Lord Hughes in Illot-v-The Blue Cross [2018] AC 545.

If you would like further information regarding Conditional Fee Agreements or making a claim under the Inheritance Act please contact us to discuss your case.