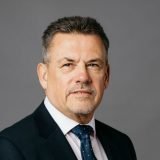 The Supreme Court held that the Fees Order does effectively prevent access to justice and that the Fees Order imposed unjustified limitations on the ability to enforce EU rights (i.e. those claims based on EU law and was therefore unlawful under EU law).  The decision was made by seven Supreme Court Justices who made a unanimous decision and Baroness Hale gave a separate short Judgment concluding that it was indirectly discriminatory to charge higher fees for Type B claims (which include discrimination claims) than Type A claims.

Whilst collecting fees is now unlawful it is unlikely that the fee regime will be abolished entirely.  The Government will no doubt issue a consultation paper and then try and bring a new fee regime before parliament, probably with fees at a lower level or involving a fee payable by the Respondent when it lodges its defence.  However, as the Conservatives, who originally brought in the fees, do not have a majority in parliament, legislation around continuing to charge fees may be difficult for them to achieve.

The Judgement made it clear that all fees paid between 2013 and now will have to be refunded by the Lord Chancellor’s Department.  That is a colossal exercise, particularly as many successful claims will have had the fees ordered to be paid by the Respondents, so it is difficult to see how those can be collected back from the Claimants to be repaid to the Respondents.

With immediate effect the Employment Tribunal Service will have to re-write the Tribunal rules and re-programme the online claim form system to remove the obligation to pay fees prior to the claim being accepted by the Tribunal or a waiver of fee being accepted.

Many people have not brought proceedings because of the fee structure, which has been such a deterrent, so it is possible that some Claimants may now wish to make an application to present a case out of time, on the basis that it was not “reasonably practicable” to bring the claim within the original time frame, when the Claimant was significantly impeded by the requirement to pay an advance fee which this case has now decided was unlawful.

Anyone who has paid a Tribunal fee, who was unsuccessful or who withdrew or settled prior to the Tribunal hearing, will be able to make a claim for a refund of the fee they have paid, which with the limited administration resources within the Tribunal system, is likely to be a long, slow and complicated process.

Inevitably the removal of fees in their entirety will make access to justice easier but anticipate in the long term there will be a varied fee structure of some sort and considerable confusion for all concerned in the intervening months until the Government can legislate to cure this very embarrassing situation.

Employers will be more at risk again of Tribunal claims and may well have to give more serious consideration going forward to the opportunity of settling with disgruntled employees at the time of termination of employment, or be more realistic in their discussions in pre-issue conciliation with ACAS, which itself has reduced the number of claims progressing on to the Tribunal for determination.