The death of a relative can bring families together, but it can also cause division. Disputes about who is entitled to benefit from a will are becoming increasingly common, however contested wills cases can be legally complex and are made even more challenging by the emotions involved.

At Hegarty Solicitors we design practical solutions and deliver them as quickly, amicably and inexpensively as possible often through mediation and negotiation, rather than the courtroom.

Wills are generally the safest way of providing for the division of assets but they are not immune to challenge. Invalidity, forgery and negligent drafting are some of the grounds on which a will can be challenged. Another is the inadequate provision for family and dependents, which can lead to claims for a bigger portion of the estate.

The death of a relative or someone close to you can be terrible both emotionally and financially. This difficult time can be further compounded when you discover that your loved one hasn’t bequeathed you that to which you feel you are entitled. It is costly in both effort and money to challenge a will and can take many months if not longer. It can divide families, hurt you even more at such an emotional time and take huge chunks out of the estate. Challenging a will has, however, become more frequent in recent years, due to sharp increases in house prices and more complicated family structures.

What are the grounds for challenging a will?

There are commonly three legal grounds to challenge a will in England and Wales:

You may also have grounds to set aside a will on the basis of it being invalid, forged or falsified.

Provision for family and dependents

Turning to the Inheritance Act 1975 is the only real way of arguing that the will does not give you your rightful share. The challenger must be eligible to claim under the Act. In some cases they must be able to demonstrate that immediately prior to the death of the deceased they were dependent upon them. This tends to be young children and cohabiting couples.

Under the Act, a will can be contested if the deceased failed to provide reasonable provision for their spouses and dependent children. It also allows relatives to claim a portion of the estate, which can lead to the other beneficiaries being left less than they were originally allocated. Even a successful claim does not necessarily lead to the wishes of the will being totally disregarded. Those mentioned in the will may still get a payment. Claims must be made within 6 months of the date of the grant of representation, though the Court does have the power to allow claims beyond this deadline if appropriate. A claim can only be made if the deceased died when living in England and Wales.

Contesting a will due to undue influence

With a population that is increasingly wealthy but ageing, there is a greater chance of the vulnerable and elderly falling victim to unscrupulous family members or carers. Undue influence is invoked when the person suspected of having influence receives an inappropriate and large part of an estate or a third party is suspected of having an influence in the creation of a will in favour of a friend or relative. The deceased need not have been suffering from mental problems for the Court to pursue this avenue. Any use of manipulation, deception or intimidation to have influence over the content of a will is enough for an undue influence Court action.

This may be a difficult task however, as this sort of evidence is hard to produce. Therefore it is more common to claim that the deceased lacked knowledge or approval of the contents of the will. This generally means that although the deceased may well have understood the points of the will, they did not completely comprehend or approve all of the clauses. If the family members or other beneficiaries can prove coercion or manipulation the Court will generally revoke the will. In that case, the probate court treats the estate as intestate and follows the rules that then apply. Those rules follow a hierarchy of inheritance, beginning with the spouse and children, parents and other blood relatives, followed by other more distant relatives.

Lack of testamentary capacity when making a will

Another way of demonstrating that a will is invalid is by proving a lack of testamentary capacity of the deceased at the time the will was made. The basic premise of this is that they were not “of sound mind” when the will was written, leading them to make decisions which would presumably have been different if they were in a healthier mental state. They may not have understood what the will was or its importance, or could have made choices motivated by confusion or misapprehension.
Lack of testamentary capacity may be due to mental or physical illness.

Testamentary capacity could be deemed insufficient because of mental illness, most commonly Alzheimer’s disease or other types of dementia. It can also arise when the deceased was heavily drugged with painkillers when terminally ill. It is extremely difficult to succeed in this type of claim as the main witness, the deceased, cannot be in Court.

Will forgery and falsification

A forged will differs from the other types of invalid will in that the deceased is generally not involved in its creation at all. However, a forged signature on a will obviously still invalidates it, even if for some reason the deceased did write the will in question but never signed it.

Forged wills can arise from family problems, as do the other kinds of disputed wills. However, there have also been cases where fraudsters have targeted isolated elderly people with no close relatives or friends in order to gather the knowledge required to falsify a will in their name. In these situations, there may be nobody to challenge the will or make a claim regarding the true wishes of the deceased.

Forgery of a will is notoriously hard to prove in Court and is usually combined with an allegation of no knowledge or approval. Generally, those cases which are won rely on the testimony of a handwriting expert who has found discrepancies between the signature on the will and the actual signature of the deceased. As ever, though, showing that the will contradicts wishes expressed by the deceased elsewhere may come into play.

An unfortunate side‐effect of producing a forged will is that the fraudsters may still receive a share of the estate if they are related to the deceased. This is because in many cases the invalidation of a will which is proven to be forged leads to the deceased being declared intestate, meaning that the default inheritance rules apply. 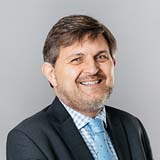 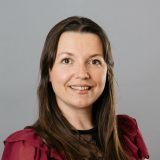 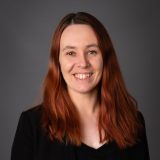 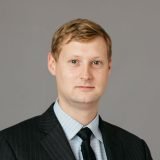 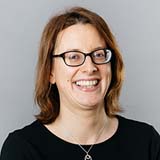 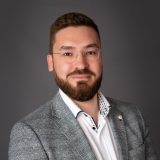 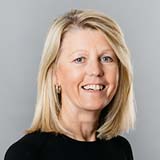 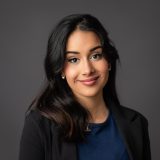 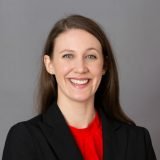